Male genital herpes - What are the symptoms?

Male genital herpes - What are the symptoms? 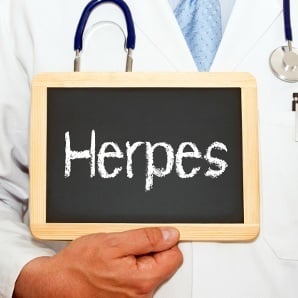 "Anyone can catch genital herpes during sex with an infected partner. Herpes is often symptomless, so it is possible to catch it from a partner who doesn’t know that they’re infected."

Genital herpes is a common sexually transmitted disease. In men, herpes can cause sores on the penis and around the anus. Find out how to tell whether you have herpes and which symptoms the virus causes in men.

Herpes in men - What is it and who can get it?

Male herpes is treated with an antiviral medication called aciclovir. It helps your body fight the virus. As a result, herpes outbreaks are milder and pass quicker than they would without an antiviral treatment.

Anyone can catch genital herpes during sex with an infected partner. Herpes is often symptomless, so it is possible to catch it from a partner who doesn’t know that they’re infected. Using a condom every time you have sex greatly reduces your risk of catching herpes or any other STI.

Which symptoms does herpes cause in men?

A herpes episode usually starts with a tingling, burning or itching sensation in the area where the blisters will appear. In men, the blisters usually affect the penis or anus but they can also affect the urethra (the tube passing from the bladder to the penis), which can cause severe pain during urination.
After the initial stage, blisters begin to form. The number of blisters differs between patients. While some men only notice one or two blisters, others suffer from many painful blisters. Over the course of several days, the blisters fill with liquid and eventually burst, leaving open sores. The sores will turn then into scabs and gradually heal.
From beginning to end, a male herpes episode can last 2 - 3 weeks. Most men find that the first outbreak they experience causes more severe genital herpes symptoms than any future episodes. Recurring herpes often passes within a few days, especially if antiviral treatment is taken as soon as you notice the first symptoms.
Other possible genital herpes symptoms in men include:
>If you experience these symptoms, you need to get diagnosed or take a genital herpes test.

Does herpes kill your sperm? Can it make you infertile?

How genital herpes affects your fertility is currently unclear. The virus is present in a large part of the male population and it does not usually cause infertility.
However, a 2013 study found that it may lower your sperm count and reduce your chance of achieving pregnancy with your partner. It is thought that the herpes virus may be a relevant factor in cases of unexplained fertility problems in men.
You may find that having recurring genital herpes makes it harder for you to have sex with your partner, which may make it more difficult for you to conceive.

Herpes in men - What you can do
1. Get diagnosed.
If you think that you are experiencing the symptoms of herpes you need to get diagnosed by a doctor. You can use our free online photo assessment or order an STI test kit which includes a herpes swab test (this will only work if you currently have sores).
2. Get treated.
Whether you are going through your first ever herpes outbreak or you have had outbreaks in the past, aciclovir tablets can help you manage your condition. You can request a prescription for aciclovir online from our doctors or see your GP for a prescription.