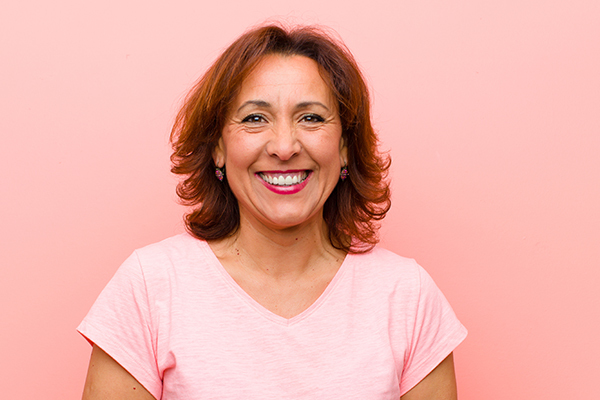 You can collect your medication in-store the same day (at any Superdrug store that has a pharmacy) or have it posted to you. All medicines are dispatched centrally from the Superdrug Pharmacy. More Information » 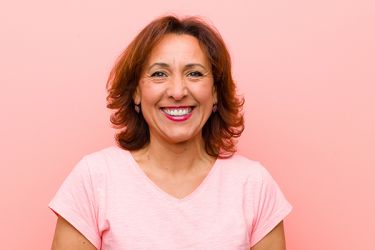 COPD (chronic obstructive pulmonary disease) is a condition that’s caused by damage to your airways, making it harder to breathe. It gradually gets worse over time and is more common in long term smokers.

Superdrug Online Doctor offers treatment to help manage COPD. Our service is for people who have already been diagnosed and are receiving treatment from their local doctor or hospital. We do not currently offer a COPD diagnosis service.

COPD stands for Chronic Obstructive Pulmonary Disease, which means it is a long term medical condition which causes the airways of the lungs to narrow over time, leading to breathing difficulties.

What are the symptoms of COPD?

What are the early warning signs of COPD?

At first, the most common COPD symptom you may experience is coughing. It may start as coughing every now and then, and may progress to persistent coughing with production of mucus.
A common ‘warning sign’ symptom of COPD is feeling breathless, especially after light activity like climbing a flight of stairs. This is the point where most people seek medical help. Without any treatment, this may progress to difficulty breathing which will affect your quality of life over time.

How fast does COPD progress?

The rate at which COPD progresses over time is difficult to predict and can vary on multiple factors such as your family history, your medical history and your lifestyle choices.
COPD may progress over several years with symptoms of:
If you are frequently exposed to air pollutants like dust and toxic chemicals, or if you continue to smoke, your COPD symptoms may progress faster which may lead to a poor quality of life.

What are the signs that COPD is getting worse?

COPD will affect people differently, but in most it is a progressive disease which worsens over time. COPD has been grouped into 4 stages, from mild to very severe, based on symptoms and certain lung tests  for breathing difficulties.
Most people tend to seek medical help, as their symptoms of coughing with mucus production and shortness of breath begin to worsen and happen more frequently. The 4 stages are outlined below and medical professionals refer to these as the e GOLD stages of COPD. What this indicates is how severe your COPD is.
You will usually know your stage after you have had lung function tests done but the table below will give you a rough idea according to your symptoms.
Grade 0 - Not troubled by breathlessness except on strenuous exercise
Grade 1 - Short of breath when hurrying or walking up a slight hill
Grade 2 - Walks slower than contemporaries on level ground because of breathlessness, or has to stop for breath when walking at own pace
Grade 3 - Stops for breath after walking about 100 metres or after a few minutes on level ground
Grade 4 - Too breathless to leave the house, or breathless when dressing or undressing

Some people may experience a sudden worsening of their COPD symptoms compared to their usual symptoms. This is also known as a COPD ‘flare up’, ‘attack’ or ‘exacerbation.’ Some factors that make you at risk of an exacerbation of you COPD are:
COPD flare ups can become life threatening if not treated as soon as possible, with appropriate inhalers and antibiotics (if you have a chest infection).

Is COPD the same as smokers cough

A smoker’s cough is not always the same condition as COPD, but a smoker's cough can often be a sign of COPD or other diseases such as lung cancer, pneumonia and many other conditions.
A smoker’s cough is not a diagnosis and always needs to be investigated.
COPD, may be caused by long term smoking, but there are other causes.
The symptoms are often:
The cough is usually worse in the morning and may improve later in the day. You may also experience other symptoms like:
If you have chest pain or sudden onset of shortness of breath please call 999.
If you’ve had a cough for over 3 weeks, you should book an appointment with your doctor for further investigation.

How is COPD diagnosed?

You should book an appointment with your doctor if you are experiencing symptoms (persistent coughing and difficulty breathing), and think you may have COPD. Your doctor will examine you and carry out other investigations such as lung function tests to confirm a diagnosis of COPD.
The methods used to diagnose COPD are:

What is the normal oxygen level for someone with COPD?

How is COPD treated?

There is no cure for COPD but it can be managed with lifestyle changes and medical treatments to help improve the symptoms. COPD is managed differently, depending on which stage of COPD you have.

Your doctor will recommend the following lifestyle changes:

Medications your doctor may prescribe to help improve your COPD symptoms include:

Is COPD affected by coronavirus (COVID-19)?

People with lung conditions like COPD are at an increased risk of severe illness from COVID-19, and need to take extra measures to protect themselves. These protective measures include:

What is a COPD attack and is it different from a flare-up?

A COPD attack happens when you suddenly feel more out of breath than usual and cough up larger amounts of coloured mucus than you usually do. This is also known as a COPD flare up or exacerbation. It can be set off by long term exposure to bad air pollution or a bacterial or viral infection of your airways. These attacks affect people in different ways.
COPD flare ups can happen a few times a year, especially during the cold winter months. You should always seek immediate medical attention if you feel your COPD symptoms are suddenly worse than usual. Your doctor may give you steroid inhalers, tablets or antibiotics, depending on the cause of the flare up.

COPD is mainly managed with lifestyle changes and medications to improve symptoms, and keep it controlled.

What weather is best for COPD?

Poor weather conditions can set off COPD flare ups very quickly. The best weather for people living with COPD is a warm air climate with low humidity as it is easier to breathe in these conditions.

Other factors that can worsen COPD symptoms and cause flare ups include:

People with COPD may experience more flare ups during allergy season. Hay fever is an allergic reaction to pollen and causes the body to produce more mucus in your airways, which can cause them to become narrow, making it  harder to breathe.

It is possible for people with asthma (which is usually diagnosed early in life) to also have COPD later on.
The main difference between asthma and COPD is that the airways can be restored to normal or near normal if asthma is well controlled with the right inhalers, but COPD is a progressive disease where over time the airways will become more rigid, even if you use inhalers regularly. The inhalers only help to slow the progression of COPD and manage the symptoms.
When people with asthma also develop COPD, flare ups may be life threatening and require immediate medical attention.