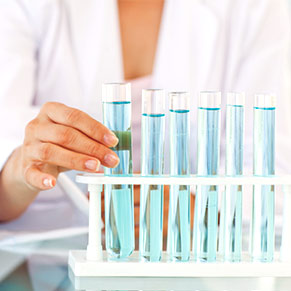 We offer two types of STI home test kits specifically designed for men. One is a basic sexual health screen which checks for gonorrhea and chlamydia of the genitals, throat and anus as well as syphilis and HIV.
The full screen checks for all STIs covered in the basic screen plus hepatitis C and hepatitis B as well as *genital herpes and several less common infections.
These test kits are especially recommended for men.
Trustpilot

Delivery Information
Who is the test for?
The test requires a urine sample, a rectal swab, a throat swab and a small blood sample. It allows you to get tested for several common sexually transmitted diseases in the comfort of your own home. It is recommended that you get tested for sexually transmitted infections at least once a year. If you change partners or have sex without condoms, you should get tested at least every three months.

What does the basic screen test for?

What does the full screen check for?

The full screen checks for all infections included in the basic test, plus the following:
Hepatitis C is a viral infection which can be transmitted during sexual intercourse. Many patients fail to identify their symptoms as signs of hepatitis C, as they can be relatively unspecific. Hepatitis C can cause flu-like symptoms and tiredness. While some patients will successfully fight the virus and be clear of the infection thereafter, others develop chronic hepatitis C. Chronic hepatitis C can result in scarring of the liver, liver failure and cancer of the liver. The hepatitis virus is treated with antiviral medication.
Hepatitis B is also transmitted during anal, oral and vaginal sex. It tends to cause symptoms within the first months of infection. In most cases, patients recover from hepatitis B after a period of illness. Like hepatitis C, hepatitis B can become chronic. In most patients, it does not cause liver damage. However, a small number of patients will develop liver cirrhosis over several years after a hepatitis B infection. Acute hepatitis B is treated with painkillers. If the condition becomes chronic, antiviral medications may be given. Patients are usually referred to a specialist, who will carry out regular blood tests to check whether the virus is still present and whether it is causing damage to the liver.

The full screen also checks for *herpes, trichomonas, gardnerella, ureaplasma and mycoplasma.
Genital herpes causes sores/blisters (cold sores) to appear. It is a viral infection caused by the Herpes Simplex or cold sore virus.
Trichomoniasis is a bacterial infection, which is treated with antibiotics. It can cause symptoms such as discharge and pain when urinating in both men and women.
Ureaplasma are bacteria which often live in the genital tract of both men and women. Treatment is only necessary when symptoms occur. If you or your partner are experiencing symptoms of a ureaplasma infection and you test positive, you may need to get treated.
Mycoplasma are bacteria which can be transmitted during sex. If you test positive you need to visit a sexual health clinic to get treated.
Gardnerella are a type of bacteria which can cause symptoms such as discharge and a bad smell in women. Men do not usually experience symptoms. If your partner experiences symptoms of gardnerella and you both test positive, you may need to get treated.
*Note: The full STI test might not detect herpes if you do not have active lesions at the time you take the test. It is best to take a swab test that is only designed to detect herpes if you are worried.