What are the side effects of the pill? 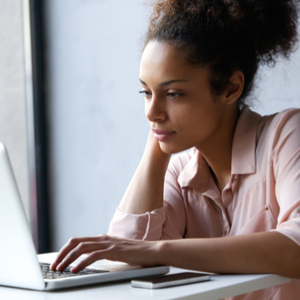 The pill is a very popular form of contraceptive. However it can be difficult to understand the potential side effects of the pill, and whether the pill is safe for you.
Which side effects can the pill cause? How likely are you to develop these unwanted reactions? And ultimately, how safe is the pill? Find out which side effects you may experience on the pill and what they mean.

Order a Prescription For Your Contraceptive Pill

Which side effects can the pill cause?

Which side effects require medical attention?

While most side effects of the pill are temporary and harmless, there are some symptoms you should not ignore.
You should speak to your doctor immediately if you experience:
These side effects are rare to very rare but they can indicate a serious condition such as an allergic reaction, a problem with your liver or cancer. If you suffer from any abnormal side effects which bother you, you should always discuss them with a doctor.

Does not taking a break from the pill increase the chances of getting side effects?

Combined pills are traditionally taken with a 7 day break in between each pack. You can however have a shorter break eg 4 days, or no break at all and take packs back to back. Not taking a break from the pill between packs might increase your chances of breakthrough bleeding and bloating. Besides these, the chances of getting any other side effects won’t increase if you stop taking breaks between pills.

Does the pill increase the risk of cancer?

Does the pill increase the risk of thrombosis?

Taking a contraceptive pill which contains oestrogen also slightly increases your risk of thrombosis (blood clots), so it’s not recommended that women who have a high risk of stroke or thrombosis take contraceptive pills that contain oestrogen, such as combined pills. If you are over 35 and you are a smoker, your GP will recommend that you take a mini-pill instead. The same applies if you are very overweight or have a family history of blood clots.
A study about the pill and thrombosis conducted by the MHRA showed that 1 in 10,000 women who do not take a contraceptive pill develop thrombosis. Out of 10,000 women who take the pill Yasmin for example, 2 - 4 will develop thrombosis.
However, the data for pregnant women showed that pregnancy increases your risk of thrombosis far more than the pill. Pregnant women are up to 5 times more likely to have a blood clot compared to women who are not pregnant.

Common questions about the pill

Do you need to take frequent breaks from the pill?

We’ve discussed the need (or lack thereof) to take the standard 7-day break when you’re on the contraceptive pill. But another idea that’s commonly regarded as true, is that you need to take a break from the pill every couple of years. You actually don’t.
Once you start taking the pill you can take it until you hit menopause unless you decide to stop taking it, or another health condition is factored in. You won’t get any other side effects from taking the pill continuously, you might even feel fewer side effects as time goes on.

Does the pill make you gain weight?

Weight changes are a potential side effect of the pill. However, it is usually far less common and substantial than is normally thought.
Multiple studies have suggested that the changes in weight caused solely by the contraceptive pill are small. Other factors, such as your diet, play a much more vital role in maintaining your body weight while you’re on or off the pill.

Is the pill bad for your health?

Even though taking the contraceptive pill slightly increases your risk of health problems, these complications are quite rare.
As we mentioned before, there are some side effects caused by the pill. If these make you anxious or worried, you should talk to your doctor.

Do the hormones you take accumulate in your body?

It is commonly said that you need to take a break from the pill once in a while in order to let your body “flush out” the hormones you’ve been taking. This is not true.
When you take the contraceptive pill, the hormones in the pill dissolve and are absorbed into the bloodstream. These hormones are metabolised by the liver and gut to be eliminated from your body without leaving residue or any sort of hormone build-up.

Order a Prescription For Your Contraceptive Pill

Further Reading on The Contraceptive Pill