Your prescription is signed by an IMC registered Superdrug doctor: FREE standard delivery.

What are the symptoms of chlamydia? 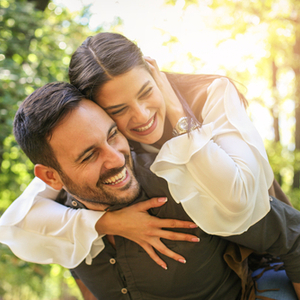 Chlamydia is a sexually transmitted infection caused by a bacteria called Chlamydia trachomatis. Chlamydia can be treated easily with a course of antibiotics. Left untreated, chlamydia can lead to severe complications, including infertility.
The symptoms of chlamydia can differ between genders, and they can be difficult to spot. In fact, only around 30% of women experience chlamydia symptoms at all. The most common chlamydia symptom in both men and women is an unusual discharge.
Chlamydia does not only spread during vaginal intercourse. It can also be passed on during anal and oral sex. The best way to prevent infection, especially with a partner whose sexual health status is unclear, is to use barrier contraceptives such as condoms.
If you have recently had unprotected sex, or if you are concerned about your sexual health, Superdrug Online Doctor can provide confidential advice and testing. If you or your partner have been diagnosed with chlamydia you can use our quick and discreet service to order a prescription for chlamydia treatment.

Get a Prescription for Chlamydia Treatment

What are the symptoms of chlamydia?

It is not possible to diagnose chlamydia purely based on symptoms, especially since most people don’t get symptoms at all. If you think you could be infected, or have had sex with someone who could have chlamydia, you need to get tested. The test will check whether you have chlamydia bacteria. The chlamydia test kit is different for men and women. The test kit for women contains a vaginal swab, and the test kit for men has a container for a urine sample.
If you do get symptoms, note that these can vary between men and women. We’ll explain the differences between both next.

Chlamydia is a very common infection, partly because it is often symptomless. You or your sexual partner could have chlamydia and not know about it. Although chlamydia in women often has no symptoms, sometimes it does come with warning signs.
The possible chlamydia symptoms in women include:
If a chlamydia infection goes unnoticed, it can spread and cause complications. Most commonly, it spreads from the cervix to the fallopian tubes, resulting in pain or bleeding during sex. Further possible symptoms include unusual bleeding and spotting, nausea and fever as well as abdominal and lower back pain.

In most cases, you can’t tell if someone has chlamydia by just looking. Some of the possible symptoms may be visible, but the rest aren’t.
In women, the visible symptoms include discharge from the vagina or rectum, and bleeding or spotting between periods. In men, clear or coloured discharge from the urethra or anus can be seen sometimes.
Regardless of having visible symptoms or not, your doctor cannot diagnose you with chlamydia just by looking. Doctors always recommend being tested before any treatment is prescribed, unless you have had unprotected sex with someone who has confirmed chlamydia, in which case you can get treatment straight away without being tested yourself.

Does chlamydia make you infertile?

If left untreated for a long time, chlamydia can cause infertility in both men and women. Because you can be infected with chlamydia and show no symptoms for a longer time, it’s important to get tested.

What should you do if you think you have symptoms of chlamydia?

Whether you think you have symptoms of chlamydia or not, if you’ve had unprotected sex you should get tested. You can easily do that by ordering one of our kits, or by visiting your GP who will schedule one for you.
Once you’ve been tested, if the test comes back positive you should notify your partners and get treatment right away.

Are there other complications?

Get a Prescription for Chlamydia Treatment