Do I have an STI?

Do I have an STI? 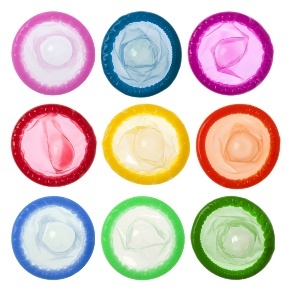 "The best way to avoid catching an STI is to use a condom every time you have sex with someone new."

Find out which symptoms STIs can cause and what you can do to protect yourself.

Which STIs are there?

There are many different STIs. While some are relatively harmless, others can have cause dangerous complications. Safe sex is crucial if you want to avoid the following STIs:

How do I know if I have an STI?

Many STIs are symptomless or cause mild symptoms, which are easily overlooked. The only way to know for sure if you have an STI or not is to get tested. The sooner you are diagnosed, the better your chances of being cured of the infection. You can get tested at your local clinic or order an STI test kit online.

There are a number of less common STIs such as HIV and Hepatitis B, which can also cause symptoms.

Hepatitis B is a virus which attacks the liver, which is passed via sexual contact and blood (i.e. through needles). 95% of people who are infected will be able to fight off the virus themselves but some patients develop chronic infection and liver dysfunction. Symptoms of Hepatitis B include:
HIV (Human Immunodeficiency Virus) is a virus that attacks your immune system. It is transmitted through sex, sharing needles or from a pregnant woman to her child. The final stage (AIDS) is when your body’s immune system has been fully broken down by the virus and you are left vulnerable to any passing infection.
Over 8,000 people are living HIV-positive in the UK with around 30% of those living unaware of their condition. The symptoms of HIV can be difficult to detect because they feel a lot like the flu. Roughly 50% of people with HIV will have symptoms 3-6 weeks after becoming infected. These include:
These symptoms may be present for months or years before the onset of AIDS, and many people will have no symptoms at all for 10 years after infection. You should have regular HIV tests if you have had unprotected sex with someone who may have it or have shared needles.
Like Hepatitis B, there is currently no cure for HIV. However, the spread of the virus can be slowed considerably with early treatment. Preventative medicines (such as PReP) have also been used in the USA since 2012, and are being trialled in the UK at the moment. To prevent infection from Hepatitis B or HIV, you should avoid sharing needles or having unprotected sex.

Do all STIs cause symptoms?

Not all STIs will cause symptoms: many will only cause mild symptoms or none at all. When there are symptoms, these can also often be mistaken for other infections, such as a urine infection or thrush in women. This is why it is so important to have regular STI tests when you are sexually active as you could very easily have an infection without knowing about it.

How quickly can you get symptoms?

STI symptoms can develop as quickly as 1-2 weeks after infection, but sometimes you won’t display any symptoms at all, or for months or years afterwards. The only way to know whether or not you have an STI is to get tested.

Which symptoms can oral STIs cause?

STIs can also be passed through oral sex. You can prevent the spread of STIs through oral sex by using a condom on the penis, or a dental dam to cover the female genitals and anus.

Symptoms of oral STIs are rare, but can include:

All common and less common STIs can be passed through oral sex, including the herpes virus, which manifests itself as cold sores (blisters) around the mouth and/or on the genitals.

Who should get tested for STIs?

If you are sexually active (for example if you have engaged in oral, vaginal or anal sex, or genital rubbing) you should get tested every six months. You should also get tested immediately if you experience any STI symptoms or if you have had unprotected sex.
Not all STIs will cause symptoms, so it’s important to have regular STI tests if you are sexually active, even if you feel healthy. If left untreated, STIs can cause serious health problems, like pelvic inflammatory disease, and infertility.
The best way to avoid catching an STI is to use a condom every time you have sex with someone new, unless you’ve both been tested and found to be STI-free since your last sexual partners.
STI tests are quick, easy and painless. You can get tested at your local GUM clinics or order an STI test kit online.
Having an STI screening is the only way to tell for sure whether or not you have an infection and could pass it on to other sexual partners.