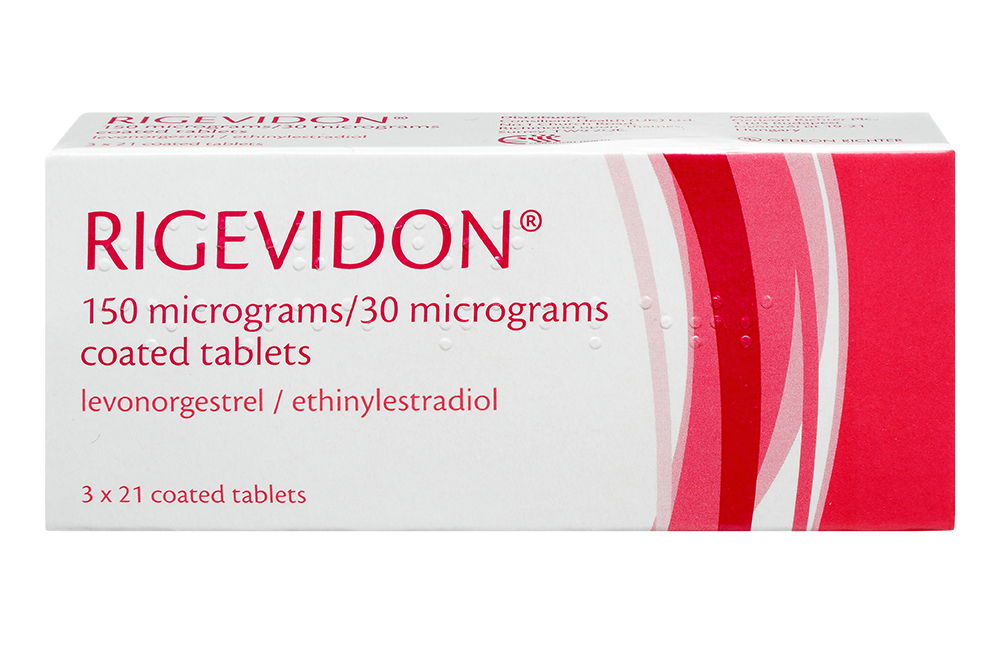 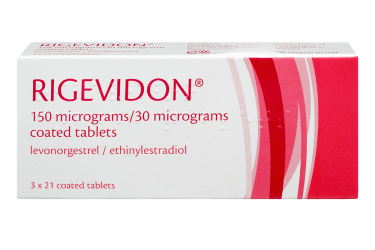 Rigevidon is a combined oral contraceptive pill which can help relieve period pain.

To order Rigevidon online, fill in our brief medical questionnaire. One of our online doctors will review your order and check whether it is safe for you to take this pill. Choose between fast delivery and click and collect at your local Superdrug pharmacy.


Prices include prescription and standard delivery. Product packaging may differ from image above.

Rigevidon is a combined contraceptive pill. It's usually used to prevent pregnancy, but it can also be used to improve the symptoms of PMS - including relieving period pains.

Rigevidon contains two active ingredients, levonorgestrel and ethinylestradiol, which are synthetic versions of the female sex hormones, oestrogen and progestogen, that your body produces naturally.

Please note that period pain is an ‘off-label’ use of Rigevidon. All medications we offer are fully licensed within the UK. Some medications, such as this, we prescribe for conditions, or circumstances that are outside of the licence also known as ‘off-label’. Prescribing ‘off-label’ is common practice by healthcare professionals to ensure a medication can safely benefit as many patients as possible. This is always based on updated information and evidence since the product first became available.

How do I take Rigevidon?

Rigevidon tablets are to be swallowed whole, without chewing or crushing them. You can take your Rigevidon tablet either with or without water or food.
Each packet of Rigevidon tablets contains 21 pills, with each pill marked by the corresponding day of the week on the blister foil strip. If you start your packet on a Monday, you will press your first tablet through the blister foil marked ‘MON’, and carry on through the usual days of the week following the arrow. Please note, product packaging may differ from the image above.

How can Rigevidon help with Period Pain?

Rigevidon can help relieve your period pain by making your periods lighter. Period cramps are usually caused by chemicals in the womb called prostaglandins, which make the womb contract and squeeze. If your body produces too much of this chemical, it can make these normal contractions more intense and sometimes painful. Fewer prostaglandins are released when you have lighter periods, which can make your menstrual cramps less painful.

As with all medicines, Rigevidon can cause side effects. Not everybody gets them though. Talk to your doctor if you experience any of the following side effects.
Common side effects (may affect up to 1 in 10 people)
Uncommon (may affect up to 1 in 100 people):
For a list of all possible side effects, read the patient leaflet for Rigevidon.
Rigevidon and blood clots
Rigevidon is a combined hormonal contraceptive (CHC) pill and these types of pills can increase your risk of developing a blood clot compared with not taking them. Blood clots can rarely cause serious problems and can be fatal.
Blood clots can develop:
Signs of a blood clot include pain or swelling in your calf, shortness of breath, or chest pain - if you experience any of these symptoms then you must seek immediate medical attention.
The overall risk of getting a blood clot that could lead to serious complications because of taking Rigevidon is small and also depends on other risk factors.

Combined oral contraceptive pills such as Rigevidon can cause dangerous blood clots which, if left untreated, can cause severe complications or even death.
Some studies have found an increased risk of cervical cancer in people who take the pill long term. It is however not known if this increased risk is caused by the pill or other factors.
Breast cancer has also been found more often in women who take the pill than those of similar age who don’t. 10 years after the pill is stopped, the risk reduces to the same level as for those women who have never taken the pill. It is not known if it is the pill that causes the increased breast cancer risk or whether the reason is that women who take the pill have more frequent breast examinations, so the disease is picked up on earlier.
Benign liver tumours have also been reported in women taking the pill.
It should also be noted that combined oral contraceptive pills can’t protect you from sexually transmitted infections (STIs), only barrier contraceptives such as condoms can protect you from these.
Drug interactions
Taking certain medicines at the same time as taking Rigevidon can stop the pill from working properly. These include:
If you do need to take any of the above medicines while also taking Rigevidon, you may need to use additional contraception such as condoms for a while. Talk to your doctor or nurse about any other medicines you’re taking.
Your doctor may advise you against taking Rigevidon in certain circumstances.
Do not take Rigevidon if you:
Also tell also your doctor if you are a smoker (especially if you are over 35) and if you are overweight, before you start taking Rigevidon.