How Opinions on Oral Sex Vary Between Americans and Europeans 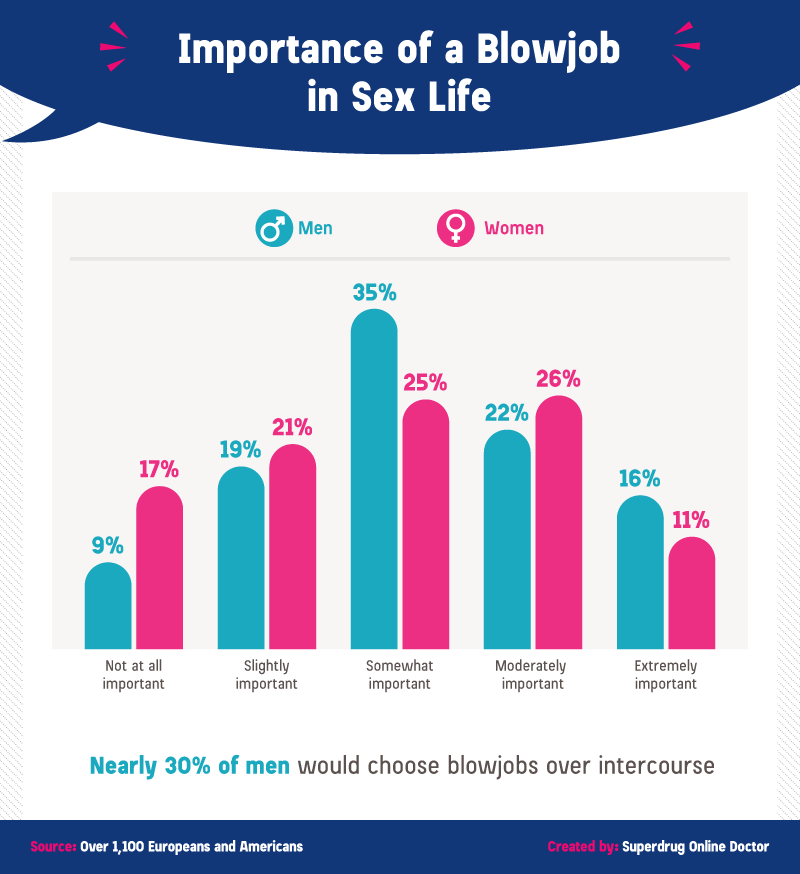 Studies have shown men think about sex far more frequently than women, and have a more spontaneous sex drive. Our team found that men also confessed that they’re also more likely to consider oral sex an important element in their sex lives than women. 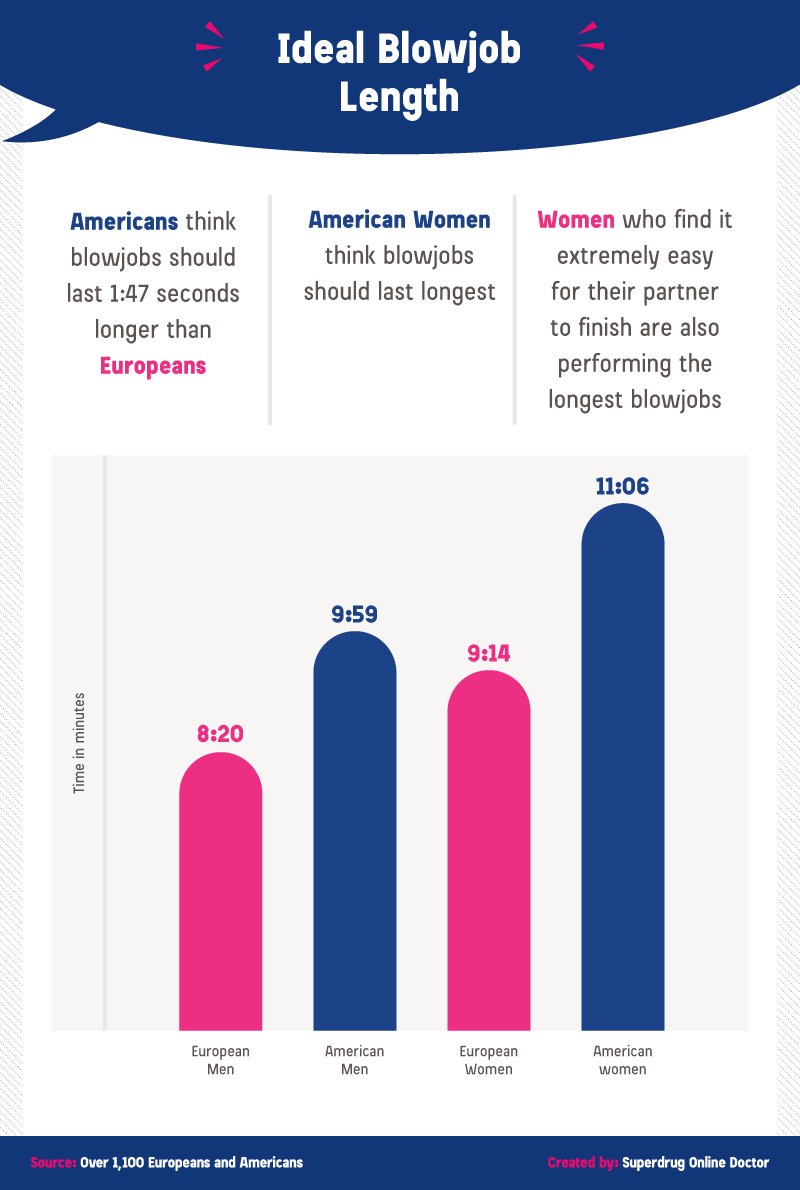 There are plenty of opinions regarding how long a standard session of intercourse should last. One study suggests the optimum length should go on for half an hour, though a vast majority of couples don’t actually make it that long. If you haven’t got that much time to spare or you’re looking for a quicker foreplay option to get things going, both Europeans and Americans had a more efficient perspective on how long oral sex should last.

When it came to deciding which course of action to take, swallowing or not, women were divided on their preference. 30 percent of American women and nearly 36% of European women never swallowed after going down on their partner. However, 1 in 4 of American women reported always swallowing, while less than 1 in 10 European women reported doing the same.

Pleasure in the Process 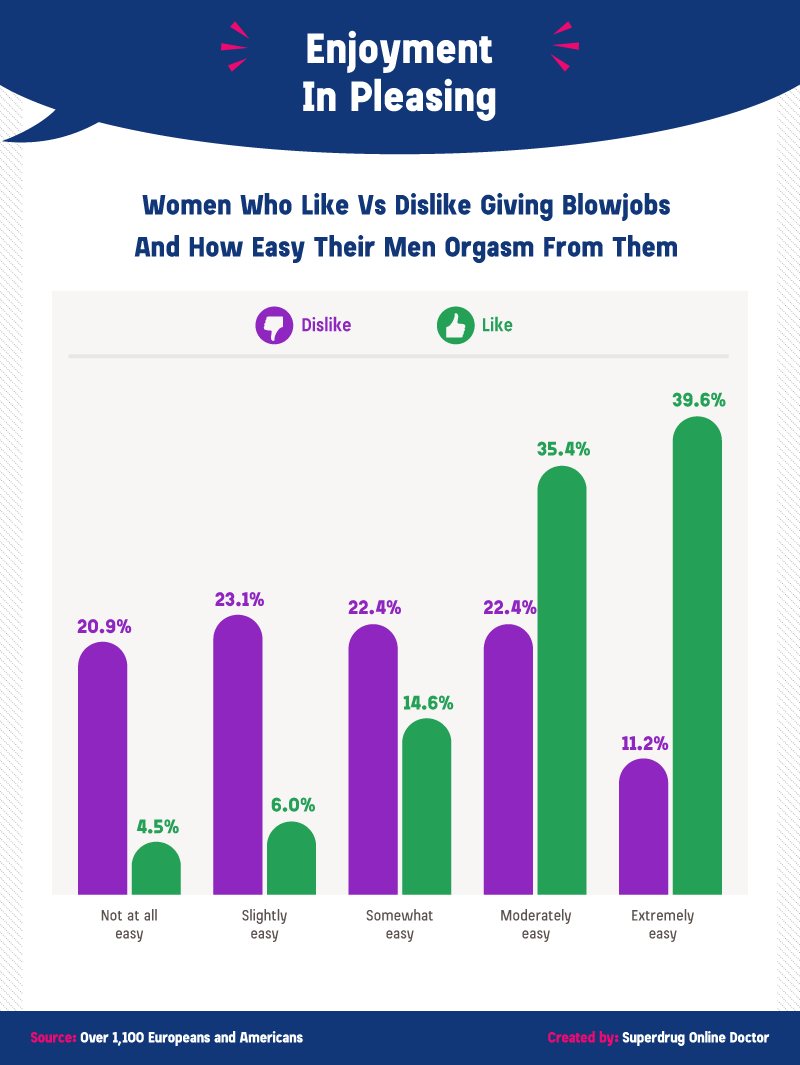 When it comes to giving (or receiving) the best blowjob, the secret might not be so mysterious after all. Talking about what you do or don’t like during sex can help make those intimate moments more pleasurable for everyone involved. At Superdrug Online Doctor, our goal is to take the hassle out of visiting the doctor for common or private sexual concerns. You can order right from home and have the proper medication prescribed and delivered right to your doorstep. Don’t let anything get in the way between you and the best quality sex life. Visit us online to learn more.

Think your readers might be enticed by what we had to say about oral sex? Feel free to share the results of this study for any noncommercial use, just play fair and include a link back to this page so they can see our research in its entirety. Questions or comments? Email them to [email protected].